What's on your mind?

Happy birthday to our favourite trickster and phantom thief.🎂🥳🌹

Shinichi says that sharks and detectives are alike with their capabilities to capture culprits or prey. What animal do you think is most like a detective? Leave your thoughts below.

Everyone, where are you at? Do you remember my email address? My email address is arrimas.arrington.92@gmail.com. Do you know your Discord account? Can you all hear me out please? my Discord username is Arringtastic1992#0841

Everyone, where are you at? Can you all hear me out? @Janime15 @TITANIC54 @Srxk82 @8AnimeChampMaster @KidProdigy @FunbariVoid can i please ask you all the questions? Don’t block me while I’m asking. That’s for my rule.

Today marks the birth of the High-School detective of the East, 4th of May. Happy Birthday Shinichi Kudo.

The new visual for Bride of Halloween shows the junior detective league in various costumes for the movie. What kind of costume would Conan wear in the film?

How do you think Conan and Ai would react when they find out that Masumi and Shuichi are Ai's cousins?

This is an official art. 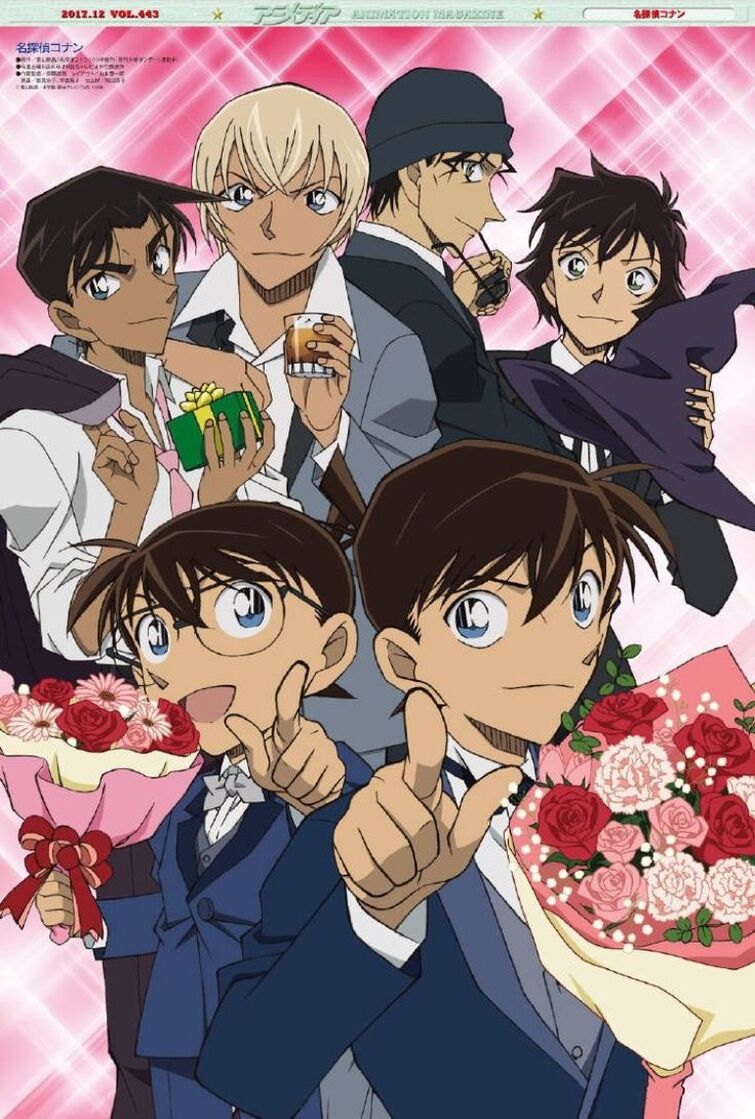 Considering on how we have had 2 vampire based cases and a zombie based case, when do you think there would be a case involving a werewolf?

How to go to insert. How to edit the characters infobox. Anyone?

Guys, I don’t know how to expanding the pictures of characters.

I can’t find it anywhere except payed webs.

If I remember correctly, Haibara's last name, "Ai" stands for the letter "I" in Irene Adler, you know, the woman. In Sherlock Holmes, A scandal in Bohemia.

It would make a lot of sense too, since Conan is basically a cuter version of Sherlock(no offense here). Both woman/girls, haibara and Irene changed both men's(Sherlock and Conan's) thoughts on girls. Sherlock? Yes, more. certain, but Conan did think that all girls were like Ran Mori before haibara showed up(not saying that ran isn't good or anything).

And also these girls share the same wit, although in Sherlock BBC version of course Irene is slightly more flirty.

And they both are kinda, well at least the way I see it, crushing on the detective. , even though there's another person for him. For Sherlock, Molly, which, well, Irene didn't know but just to make it better to understand; for Conan, it was Ran Mori.

Anyway, that's how I see it. Anyone agree?

Safuru hakuba
Kudo shinichi
i can decided they are both too good!